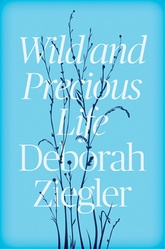 Be empowered by mother and daughter's love

Written by Deborah Ziegler, the mother of Brittany Maynard-a 29-year-old woman with a terminal brain tumor-this touching and beautiful memoir captures and celebrates her daughter's spirit and the mostly untold story of Brittany's last year of life as she chose her right to die with dignity, a journey that inspired millions.

This is not a book about death, however; it is a book about a life well-lived. What emerges in this compassionate and lyrical text is an unforgettable story of how, while we can't control the hand fate delivers, we can decide how we play it. It is also a thoughtful exploration of America's ongoing struggle with end-of-life issues and most important, a touching tribute to the enduring power of a mother and daughter's love.

"On October 6, 2014, a video of my daughter, Brittany Maynard, was posted on YouTube. Brittany asked me to do the video with her, to support her. The first words my daughter uttered on the film were, ‘The thoughts that go through your mind when you find out you have so little time is everything you need to say to everyone that you love.' Wearing a simple black sweater, her face already rounded and puffy from taking prescribed steroids, her once waist-length hair now grazing her shoulders after a craniotomy, Brittany described why she was choosing to end her life by her own hand rather than waiting for her brain tumor to rob her of everything that defined who she was." - Deborah Ziegler

Deborah Ziegler started a successful woman-owned engineering company after retiring from her teaching career. Being Brittany's mother is without a doubt Ziegler's proudest accomplishment in life. Currently, Deborah speaks on behalf of end-of-life options in the hopes that one day all terminally ill Americans will have the right to aid in dying if they so choose.